Queenstown Hotel > ABOUT US

Queenstown has a rich history of tourism. From the 1860s when people first flocked here in search of gold, to the turn of the century when the summer months drew nature lovers looking to hike some of the incredible landscape. Thanks to the development of Coronet Peak Ski Area Queenstown in the 1950s, it earned its name as a year round resort town.

Since its early days Queenstown has grown into one of the world’s adventure capitals. From the establishment of the first jet boat operator in the 1970s to 1988 when AJ Hackett and Henry Van Asch arrived in town to test their new invention - the bungy cord. Today Queenstown continues to innovate in adventure tourism; at Crowne Plaza Queenstown hotel we are thrilled to be a part of this journey.

An international brand with a kiwi flavor

While Crowne Plaza Queenstown hotel may not have been around since the 1860s, we have played a part in the history of this special town. In 1975 Travelodge became one of the first international hotel chains to open in Queenstown, later rebranding to Park Royal, before transitioning into Crowne Plaza Queenstown hotel in 2004. So, when you’re admiring our prime location, you can thank the Travelodge for being one of the first kids on the block.

Crowne Plaza Queenstown hotel brings the international standards world travelers have come to expect of the Crowne Plaza brand to the heart of Queenstown. Operated by InterContinental Hotels Group (IHG®) Crowne Plaza® history dates back to 1777 when William Bass opened a Brewery in Burton-on-Trent UK, sparkling our passion for innovation and hospitality; since then IHG® has become one of the world’s leading hotel companies and operates over 5,000 hotels today.

Along with Crowne Plaza Queenstown hotel, the InterContinental Hotels Group operates a growing number of properties within New Zealand including 2 sister brands, Holiday Inn® and InterContinental®, which means that we have a hotel for every occasion. 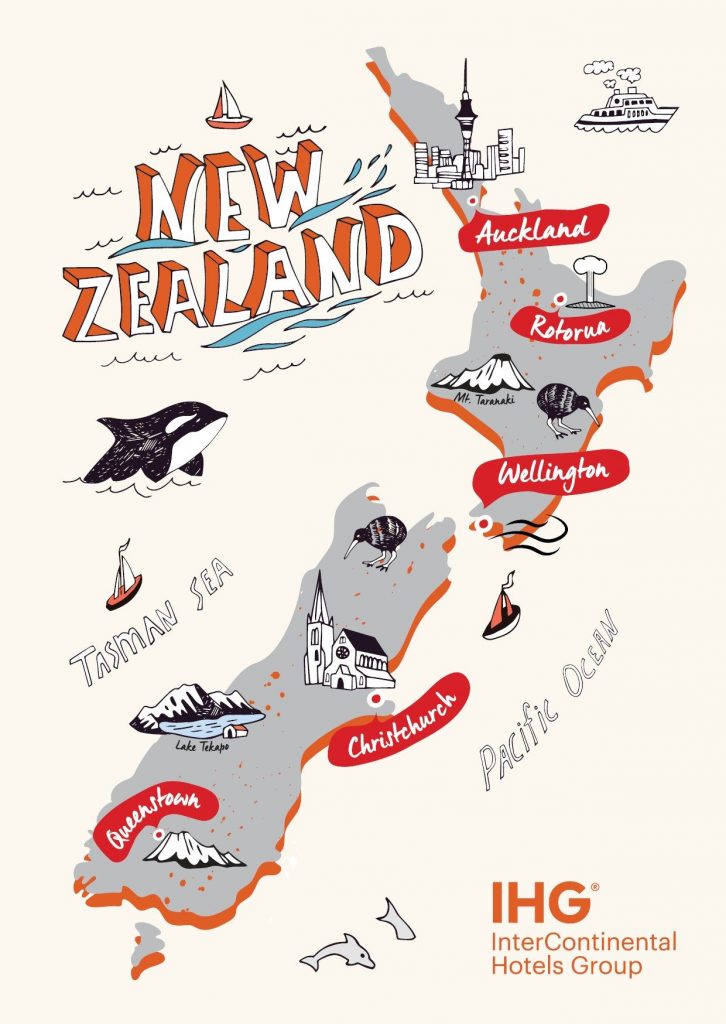 Across New Zealand, there are two more Crowne Plaza® hotels which are strategically located in the heart of Auckland city in North Island and in South Island, Crowne Plaza Christchurch hotel; newly renovated after the Christchurch earthquakes.  For those that like to travel with their family and enjoy great family friendly hotel facilities, there are two Holiday Inn® hotels in North Island, Holiday Inn Auckland Airport and Holiday Inn Rotorua; well recognised for their Kids Stay & Eat Free programme. Rounding out the list is the InterContinental Wellington, a five-star hotel perfectly located in Wellington city centre and it’s the best option for those that are looking to experience global luxury facilities and exclusive service.

Why does this matter?

Crowne Plaza Queenstown hotel is a popular choice for both business and leisure travelers. We have been the winner of New Zealand’s best Ski hotel many times.

Like its guests, Crowne Plaza Queenstown hotel’s employees come from all over the world and work hard every day to deliver the highest level of service and hospitality.

Whether you are travelling for business, pleasure, or a little bit of both, stay at Crowne Plaza Queenstown hotel.

We’re looking forward to meeting you.

Our Spring Sale Has Started

You can see how this popup was set up in our step-by-step guide: https://wppopupmaker.com/guides/auto-opening-announcement-popups/

Experience our incredible technology.
Book a time with our dedicated meetings & events team to take you through our immersive 360 interactive site tour
via Zoom or Microsoft Teams.